Today is Father’s Day – a  day we celebrate our dads and those who’ve acted as dads in some capacity. We miss the dads who are no longer with us, we mourn the loss of dads through troubled relationships, we post pictures, and we all proclaim we have the “Best Dad in the World.”

I am fortunate enough to have two dads.  I have my #1 Dad, who I see on a regular basis because he lives 4 miles from me, and I have my #2 Dad, my step-dad, who I don’t see nearly as often (400+ miles), although he’s been a father-figure since I was 7 years old. 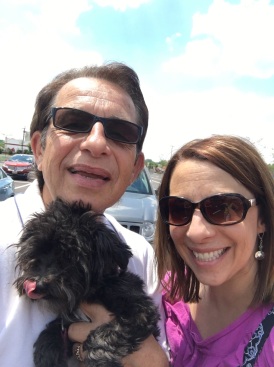 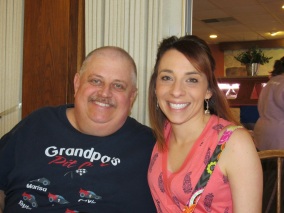 How lucky am I to have two men who have taken the time over the years to help me, teach me, and raise me?  I know they love me, and they love my kids, and would do anything for me.  It doesn’t matter that one came before or after the other. If I didn’t have my step dad, he wouldn’t have me.  I am sure he is ok with being #2.  I have two dads to celebrate. Happy Father’s Day, Dad and Dennis!

Now it’s time to move on to the next big celebration of the day.

This is “potentially the biggest day of my life so far”, or so Ian told me this morning, as he struggled to eat breakfast because of his nerves.

Today could possibly be the day that Ohioans have been waiting on for over 50 years.

Tonight the Cleveland Cavaliers will face the Golden State Warriors in Game 7 of the NBA Finals.

Tonight the Cavs could bring home a championship.

This is probably not news to many of you.  Not if you live in my state anyway, especially if you live with a sports nut like Ian.  I am a mom that knows and cares far more about the NBA than I ever thought I would.

If you’ve grown up in Ohio, you know of the Cleveland Curse, and if you’re on Facebook, you’ve read these comments more than once after a Cleveland loss:

I hear it from my son….who loves to win and supports his Cleveland teams, but always feels that same letdown.

Until a few nights ago…when every thing changed in Game 5, and winning became a very real possibility.  But now, it’s strangely hard to be this close and know that we could still lose.

With some luck, Ian’s dad was able to get two tickets to the Watch Party in Cleveland tonight, and they are already up there with thousands of others waiting to get into the Q.

“Yes, disappointing,”I tell him. “But you are going to the NBA FINALS WATCH PARTY…the closest you can get without hopping on a plane. You COULD see history being made tonight.”

I am sure statistically the odds are in one team’s favor, but haven’t we beaten the odds already?

Isn’t there still a chance?

Isn’t there room for a miraCLE?

Trying to remain optimistic, but preparing him for the worst, I reminded Ian of a quote he had shared with me from Tuesdays with Morrie not too long ago. Tuesdays was a required reading for his 7th grade Enrichment Language Arts class this year, and while it seems somewhat mature in content, Ian said it was one of his favorite books ever, and he cited this specific line in one of his essays.  He wasn’t exactly happy to have me throw this quote back at him.

Ian seems to think that Cleveland fans will hate the Cavs if they can’t win this tonight. That “the rest of the season won’t even matter.”

“How can you say that?” I argue with him. “How can anyone hate the Cavs for doing almost the absolute best they could do? There can only be one winner. What’s wrong with being number two?”

For the last two years we’ve seen improvement in the Cavs. They’ve gone one step further than last year. Who says they can’t take it another step further this year?

And even if they fail, I think the fans in Cleveland, and my son, should be pretty darn proud of the effort, the excitement, and the hope that has transpired in our area. 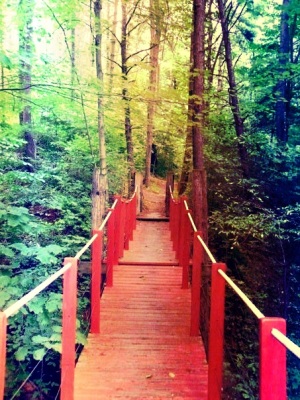 "We build too many walls and not enough bridges." - Isaac Newton

Most Accessed Posts in the Past 2 Days